South Indian superstar Mammootty recently spoke to the media about his son Dulquar Salman’s forthcoming marriage, saying it will take place on December 22 in Chennai, with a reception held in the city on December 26. He described it as a solemn and private affair. The bride-to-be, Mammootty explained, is from a North Indian Muslim family based in Chennai and has recently completed her studies in architecture; the match has been arranged by their respective families, not being a love marriage. At present, the Superstar has already begun shooting Veniceile Vyapari – directed by Shafi, starring Kavya Madhavan and written by James Albert for Murali Films Madhavan Nair Productions. 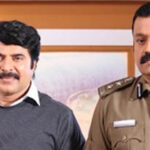